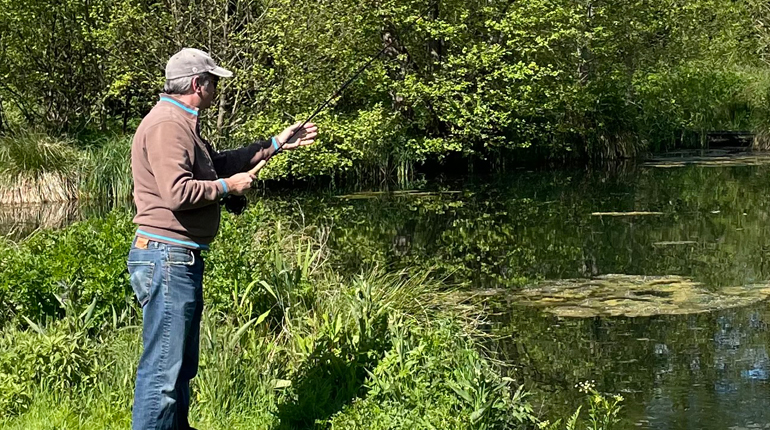 So I finally got to go fly fishing for the first time this year and popped down to Barn Elms, one of my favourite trout lakes in the UK. The very wet weather, plus work commitments have kept me away from throwing a line in the water until now. I also took a friend of mine and his son who are both beginners, although my friend has been before a couple of years ago.

We arrived at the car park and were welcomed by our names on the chalkboard, a nice touch, there was only one other fisherman there at this time so had the pick of where to fish. We decided to walk down by the lodge to the end so we could fish both lakes and the beginners had a completely clear backcast.

I spent about an hour tutoring the beginners and then left them to practice their casting. So I finally got to get my line in the water for the first time in 2021. My first cast went out just a little way to get the fly (Green Damsel) wet and get some line off the reel, the second cast took my fly into the middle of the lake, and very soon after the fly landed I started a slow long retrieve, within 5 pulls I was into my first fish, a rainbow over 3lb. I then had 2 more casts before I was into my 2nd fish, this time a bit bigger, 4lb+ and I then decided to give the guys a bit more tuition or the day was going to be over too quickly.

With some help from me, both of the beginners had their first fish and both were 2lb rainbows. I then went back to fishing and caught another 4 fish before stopping for lunch. We spent about an hour in the summer house having lunch and talking about fishing techniques and my top fly patterns. We also discussed that they should go to SportFish and try a few rods and lines to find the best setup for them, as they were both using my old Bob Church kit from years ago.

By this time the sun had gone behind a covering of cloud and it was a lot cooler. My friend’s son was the first to catch, call it beginners luck if you like but he did very well landing a monster 8.5lb Rainbow – one of the biggest rainbows I have seen at Barn Elms. 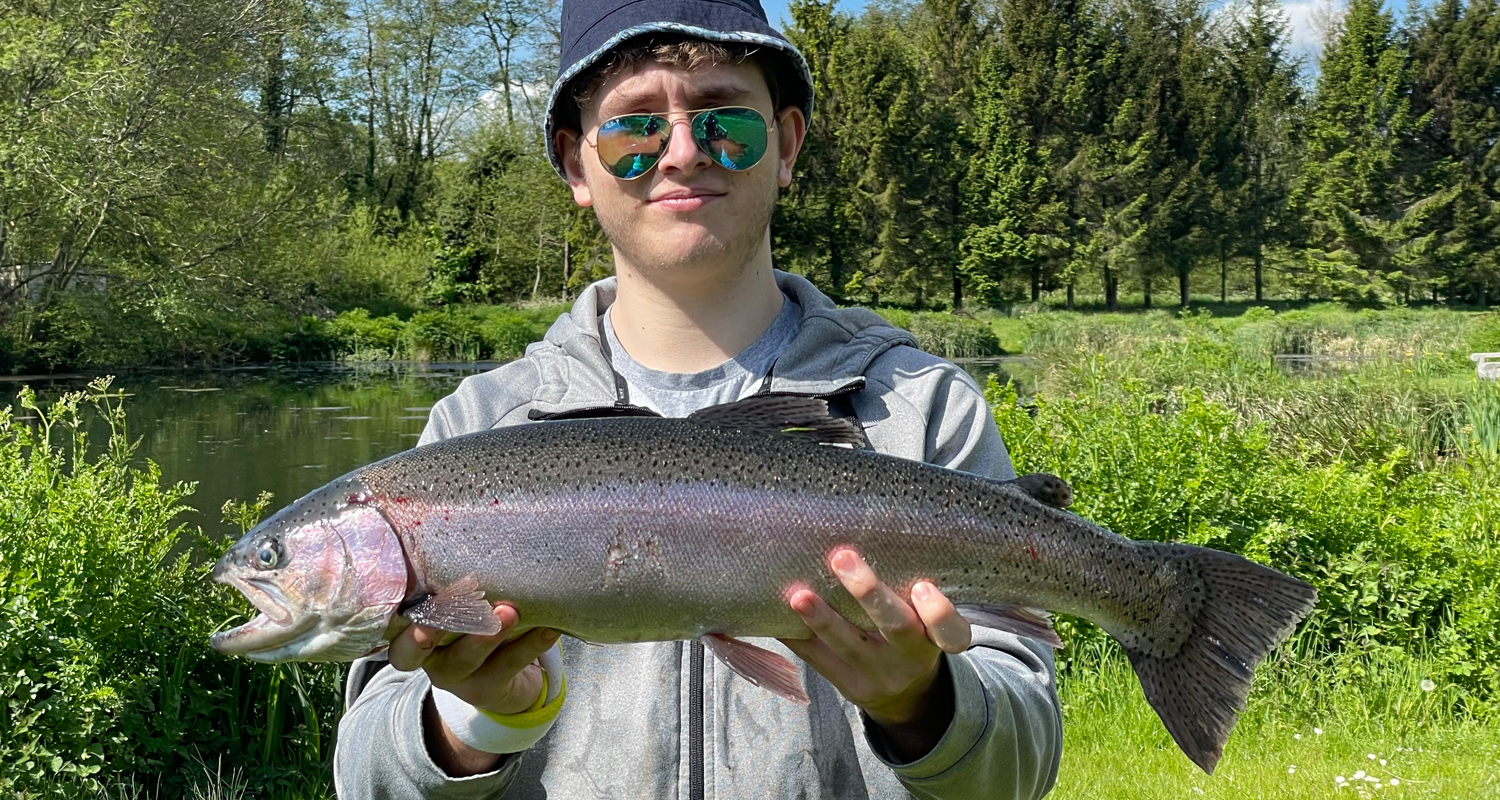 A short time after my friend hooked into a 9lb brown and considering this was only his second time fly fishing he did so well to land it as the fight went on for some time. The quality of all the fish is very good and they fight hard all the way to the net. 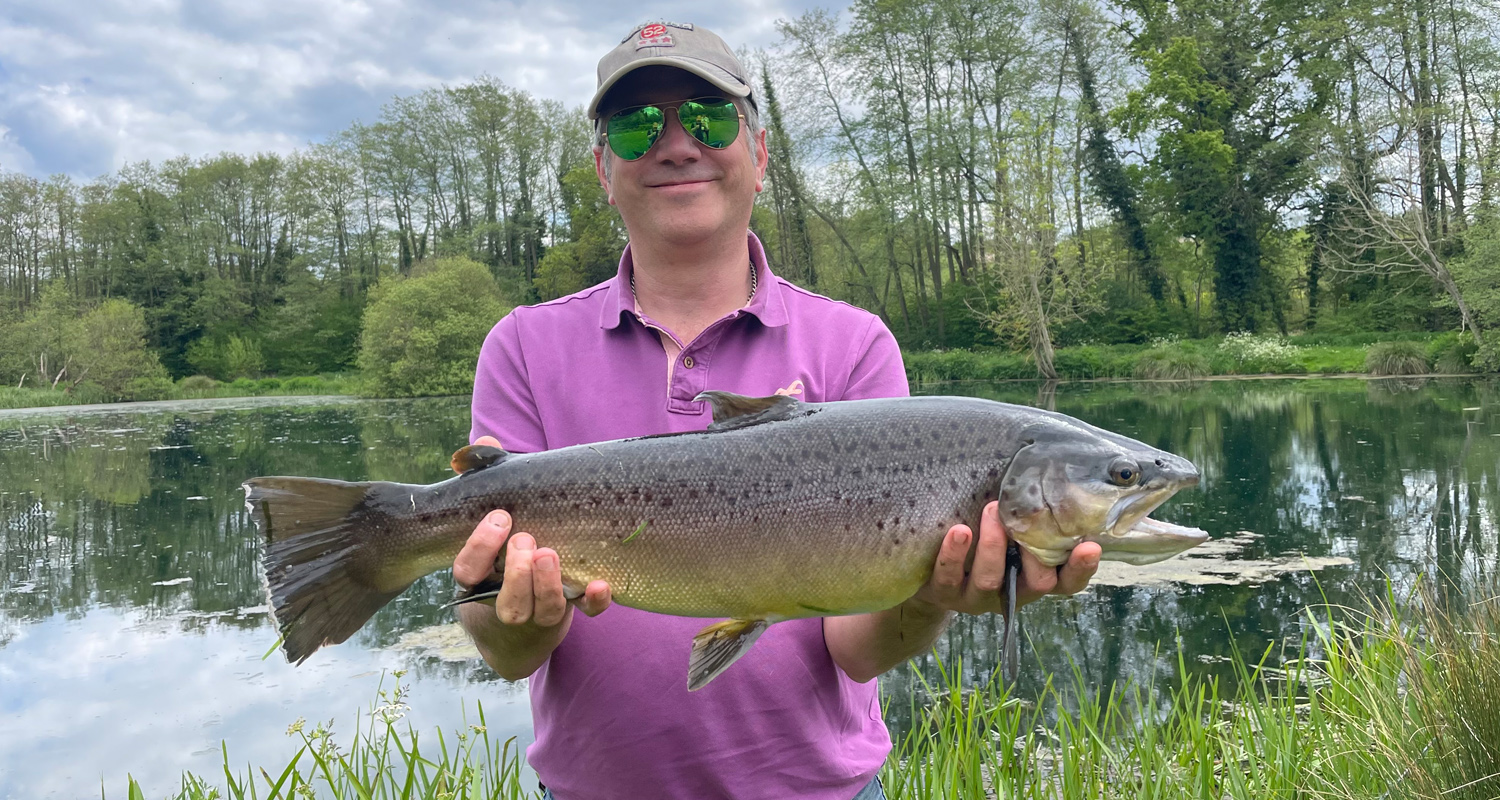 As mentioned already, I have not fished this year until now, but was delighted to see the lakes and surrounding land kept so well. Rosemary and the team have done a great job again this year with how great it looks and fishes. If you are looking for natural fishing lakes with home comforts such as benches, cut grass and proper toilets you will not find better than Barn Elms Fly Fishery.

We had a fantastic day with high-quality fish in a number of different sizes in the beautiful Berkshire countryside. Do not miss this fly fishing gem, book now for one of the best day of trout fishing you will ever have. 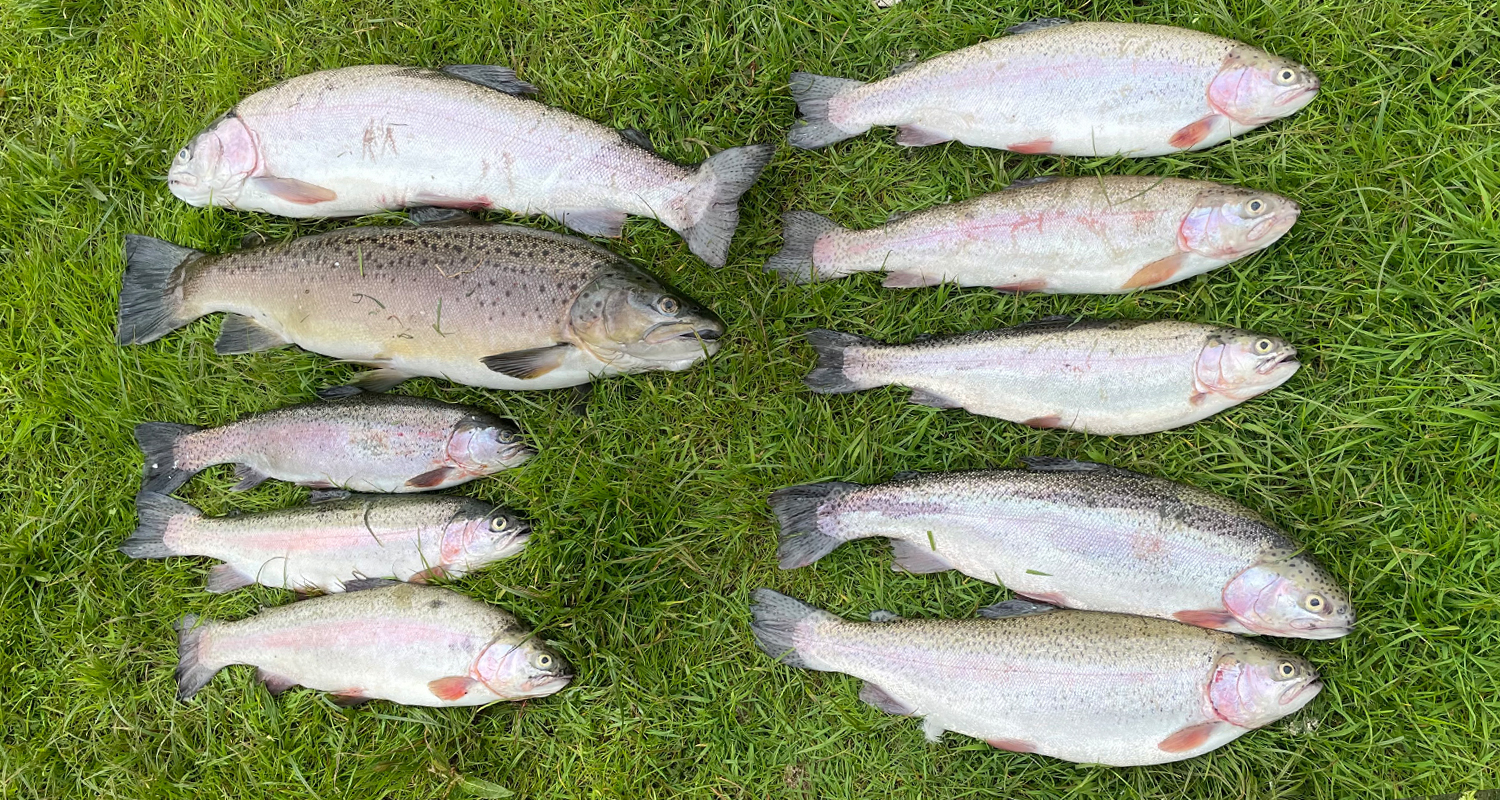 If you have never fly fished and want to give it a go… Try the Barn Elms Taster Session – click here to find out more!

We use cookies on our website to give you the most relevant experience by remembering your preferences and repeat visits. By clicking “Accept All”, you consent to the use of ALL the cookies. However, you may visit "Cookie Settings" to provide a controlled consent.
Cookie SettingsAccept All
Manage consent

This website uses cookies to improve your experience while you navigate through the website. Out of these, the cookies that are categorized as necessary are stored on your browser as they are essential for the working of basic functionalities of the website. We also use third-party cookies that help us analyze and understand how you use this website. These cookies will be stored in your browser only with your consent. You also have the option to opt-out of these cookies. But opting out of some of these cookies may affect your browsing experience.
Necessary Always Enabled
Necessary cookies are absolutely essential for the website to function properly. These cookies ensure basic functionalities and security features of the website, anonymously.
Functional
Functional cookies help to perform certain functionalities like sharing the content of the website on social media platforms, collect feedbacks, and other third-party features.
Performance
Performance cookies are used to understand and analyze the key performance indexes of the website which helps in delivering a better user experience for the visitors.
Analytics
Analytical cookies are used to understand how visitors interact with the website. These cookies help provide information on metrics the number of visitors, bounce rate, traffic source, etc.
Advertisement
Advertisement cookies are used to provide visitors with relevant ads and marketing campaigns. These cookies track visitors across websites and collect information to provide customized ads.
Others
Other uncategorized cookies are those that are being analyzed and have not been classified into a category as yet.
SAVE & ACCEPT